Take an Early Morning Drive with Me 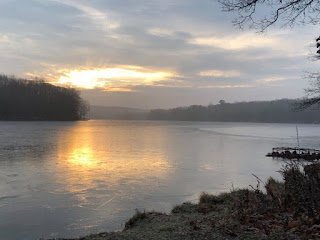 There's a certain softness to it, the morning light. Depending on how early it is, the sun is really just a supporting player. The main role is played by the earth. Oh Sunny will take over in importance soon enough, but before She looks down at us with a harsh glare, Momma Earth stretches gently, giving us a nudge to get moving.

I've always been a morning person, my body wakes up and is ready to go. This puts me at odds with my love of all things requiring my eyes to remain open late into the night. It's a battle I have been losing as I get older. One of the few pluses of a pandemic is there haven't been any reasons to be out late looking for fun and a touch of trouble. I am curious if I'll be able to get my game back once the music scene returns to something near normal. sigh. But I digress. 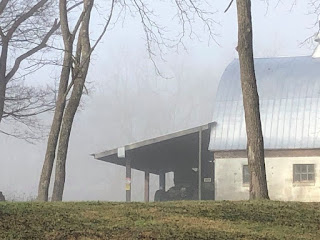 Slightly foggy morns are the best. Not dangerous fog, just a sheer curtain where everything looks airbrushed and peaceful. The radio station needs to be something mellow. Whether it's Richie Havens singing "Here Comes The Sun" or James Taylor with Carolina on his mind, it always seems something appropriate comes on to make me savor the moment.

Pull over. Take a minute to breathe, maybe take a photo. Then as the light changes ever so slightly, it's time to get back in gear and drive.

It's not a day for a road trip, only an hour drive. By the time I get to my destination, the road will be filled with cars, the sun will be giving me the side-eye, and the morning will have lost her magic.

But it was long enough to hear Bill Withers telling me it's gonna be a "Lovely Day." 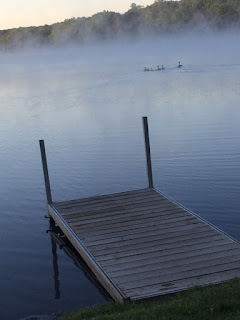 Thanks for riding shotgun. It's been a long, long time since I put anything down in this space. A couple of years actually. Been feeling for a bit that it's time to come back.

I Have Not Forgotten 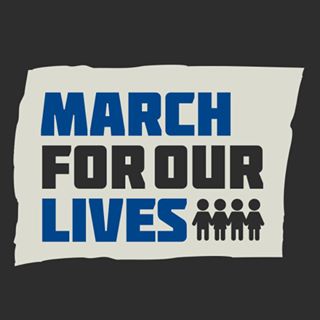 Truly I am stunned.

So many of us have forgotten or perhaps never knew, what it's like to be young, self-assured, and determined to grab the world by the balls. And to make the world listen. I haven't.

Yesterday as I watched millions of adults, both young and old, walk the walk and talk the talk, I read on facebook, the words of those who have forgotten what it's like to seize the moment. Words saying these children are not even adults, how dare they tell adults they don't agree with them, How dare they try and tell adults what to do. How dare they think for themselves. Or worse, they are being used by liberals as tools in their agenda. Yes they have forgotten.

Until you have, until you have hidden in a classroom while hearing gunshots outside the door, until you have watched your best friend have her face shot off while standing next to you, until you run through hallways filled with blood and dead bodies, until then -  get out of the way. There are survivors whose voices and experience count for a whole lot more than yours.

These words, written a long time ago, say it in a way I could never hope to achieve.

"We hold these truths to be self-evident, that all men are created equal, that they are endowed by their Creator with certain unalienable rights, that among these are life, liberty and the pursuit of happiness. That to secure these rights, governments are instituted among men, deriving their just powers from the consent of the governed. That whenever any form of government becomes destructive to these ends, it is the right of the people to alter or to abolish it, and to institute new government, laying its foundation on such principles and organizing its powers in such form, as to them shall seem most likely to effect their safety and happiness."

Life, liberty and the pursuit of happiness.

When our Congress did nothing after Sandy Hook, we knew it would take something earthshaking for change to take place. It just may have in Parkland, Florida. And to speak directly to The Newly Press, yes there is a paradigm shift. It's called sane reasoning and the clarity of vision to realize the status quo is not acceptable.

As we said back in the time when my generation was the one questioning authority...

Email ThisBlogThis!Share to TwitterShare to FacebookShare to Pinterest
Labels: march, march for our lives, protest

A Few Toasts, A Few Tears 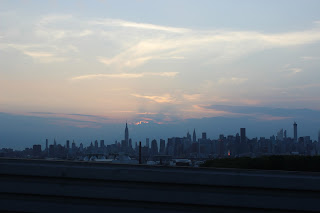 "Been talkin' 'bout the way things change
And my family lives in a different state
If you don't know what to make of this
Then we will not relate."
..."Rivers and Roads" by The Head and the Heart

Cosmic change can be felt in a profound manner or in a very simple one. An example being when heartbreak and happiness collide and the result is a salty drop of water falling down your cheek.

Though there's a lot more happiness than sadness as part of the family moves to be closer to their integral family, there is also the realization a twenty minute car ride won't put me at their front door ever again.

And so it goes.

Last night a going away dinner of sorts was attended by most of the immediate family. As per family rules, it was loud, dripping with sarcasm and included copious amounts of food and wine.What it didn't include was a selfie to preserve the moment. That will be in our hearts and memories. It was close to the perfect sendoff. The invisible empty chair where my Dad would have presided with pride over his family, was still a presence in our hearts. Next month will be five years he's gone and I must admit he's been giving me more than a few pokes in the ribs lately.

So now a new chapter begins. I now have a new excuse for a road trip. And more of an appreciation for the 'absence makes the heart grow fonder' adage.

Nothing stays the same, so embrace the new norm and enter a new address in the GPS.

Still gonna miss you all. xxxxo 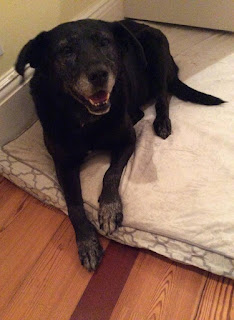 You may remember the story from about a year ago of an older dog who had been surrender to a shelter when she couldn't adjust to a new home with multiple small dogs, and who was then re-adopted and ran away, only to walk thirty miles back to the family who surrendered her. That family refused to take her back so she was returned to the pound.

That story then took an interesting turn. Helen Rich, heiress to the Wrigley gum fortune, heard about the dog and almost instantly dispatched her private plane to rescue her. There was a photo of the dog looking out the window of the private jet, and we could only wonder what was going through her mind.

Helen renamed the dog "Lady," and from all accounts over the past year, that's what she was. The two bonded and Lady quickly grew accustomed to her new life with five other dogs and a number of cats in the 11,000 sf home. Helen Rich is the founder of Wings of Angel Rescue and has over 300 rescue dogs, cats, cattle, horses, exotic birds and other animals in custom designed shelters on her ranch in Florida.

For almost a year, Lady was at Helen's side. They say rescue dogs always know they have been given a second chance, having had one, I would tend to agree. Helen said that Lady was always her dog, it just took a while for them to find each other.

A few weeks ago Helen posted that Lady was ill. Of course she was given the best of care available, but there are things in life no amount of assets can overcome. And so it was with Lady.

After spending one last night in her own bed and with Helen beside her, Lady was released from her suffering.

One dog's life. Funny how the first decade or so mattered to so few, and the last year, with the help of an angel, touched so many. Lady was lucky, but I would think that Helen felt even luckier.

Each year tens of thousands of dogs and cats are put down for no other reason than there is no room. No room in the shelter and no room in our hearts. If you are thinking of getting a pet, consider a rescue. People give away dogs to shelters for many reasons, the least of which is they are bad dogs. If you ever go into a shelter and actually read the reasons for surrender, your heart will break. Getting divorced, moving, got a puppy and they don't get along, no time... I could go on, but let's just say people, not the dogs, suck. Lady won the lottery, but the same is true for all dogs adopted into a loving home. Trust me, you rescue them and they rescue you. Woof.

The Sea World Commercial Makes Me Just Want To Spit 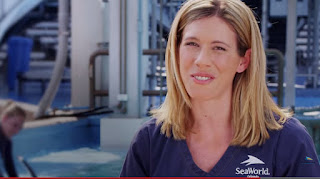 Does anyone else get as pissed off as I do every time you see the Sea World commercial with the two trainers trying convince themselves of the bullshit they are reciting about what a great place Sea World is for whales and other sea creatures? Yeah, that.

Honestly, it makes me just want to punch the screen. Really. Let's take a look at what they say, and what it really means.

They haven't captured whales from the oceans in over thirty-five years. What that really means is that most every one of their whales has never had the chance to actually swim in the ocean. They have spent their entire life within the Sea World compound. They are sea creatures who have never experienced swimming in the sea.

Our whales are thriving. Is there anyone alive who can really believe that creatures who are meant to live without boundaries and can travel 100 miles a day, are really "thriving" in a tank with a maximum depth of 50 feet and about 350 feet in length. Or think about a 100 mile play area vs. 1.5 acres. Yeah, I'll bet they're thriving.

Our whales live as long as their wild counterparts. Well hold on there Nelly, 30- 50 years is considered the average life expectancy in the wild, with females living considerably longer than males. Orcas in captivity have a median age expectancy of 12-16. While the Sea World whales are living longer than before, their quality of life is nothing but dismal. There can be no justification for having an intelligent mammal confined to swimming in circles for its entire existence, only to be brought out for shits and giggles in front of throngs of vacationers too giddy to think of the environment the animal has to endure.

We love them. And we know you love them too. You know, I think that is the part of the commercial that bothers me the most. That toothy smile on the woman who ends off the commercial is such a bullshit psychological ploy it makes me sick. No, I don't love the whales, I respect them as fellow creatures on this planet who should live as they were meant to live.

What is the old saying... If you love someone, set them free. Yes, I wish they would.
Posted by Kat's Theory at 1:37 PM 2 comments:

If you need to know

Worth a Look See